Leadership & the Paradox of Power 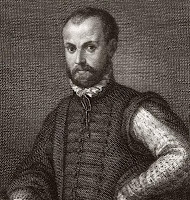 In 1513 Niccolo Machiavelli wrote these two bold statements: “It is much better to be feared than loved” and “One who deceives will always find those who allow themselves to be deceived.” These two quotes come from his well-known thesis on the art of politics, called The Prince. His philosophy has given rise to the Machiavellian approach to leadership and the cliché, “Nice guys finish last!” Do you think so? From your experience and the leaders you have known, how do you rate them on the “nice person scale”?
Think back to the people you have met who had power. Start with the bosses you’ve worked for, the political office holders you’ve personally met and the friends and acquaintances you’ve spent time with who were in a position of power.


OK, now decide, does power create caring, considerate and charming people—or does it create insufferable, impulsive idiots you just can’t stand?
Back in 2010 an article in the Wall Street Journal titled “The Power Trip” by Jonah  Lehrer began with this statement: “Contrary to the Machiavellian cliché, nice people are more likely to rise to power.” Well, I guess that settles it. Machiavelli was wrong and nice people do rise to the top.
But wait! In the next sentence Jonah says, “Then something strange happens—authority atrophies the very talents that got them to their place of power.” Oh, was Machiavelli right after all?
You’re smart and experienced, so you can decide for yourself. Here’s my read on this important question for you to answer as you progress in your career and your personal life.
Over the past 3½ decades I’ve personally met hundreds of CEOs and presidents of the world’s leading businesses, as well as thousands of top level executives with lots of power. Plus dozens of famous people from politics, sports, entertainment and the sciences.
Most of these encounters were at business events where I was a guest speaker. Many others occurred on airplanes sitting next to celebrities. Of course, I’m not a psychologist or a behaviorist, but I do know people, and without a doubt, my vote is cast with the anti-Machiavellian group. “Nice people do rise to the top!”
Are there exceptions? Absolutely! There are many insufferable, impulsive, self-centered, arrogant and obnoxious individuals who hold positions of power. They once were only a small group—but—they seem to be growing, and that’s why you need to be aware of the power trip!
Today in our world of electronic wonders where words and images can be captured and stored forever on hard drives, secrets are difficult to keep.
Remember Tiger Woods, Brett Favre and Wikileak’s release of government secrets? All involved emails, voice mails, cell phone photos and electronic data. So beware, because what you say and what you do can be seen and heard by a much bigger audience than you might intend or even imagine.
A cliché from the past, “power corrupts,” comes into play here. Often the individual who rises to a position of power—whether it’s in a company, a homeowner’s association, a civic club, a religious organization, in politics or on a sports team—does so because of their positive qualities of being intelligent, honest, considerate, caring, and just overall a “nice person.” Then it gradually changes. The very traits that helped these people acquire control in the first place, all but disappear once they rise to a position of power.
The result is what we see, almost weekly, in the media. Celebrities and heroes go amuck! They think the rules don’t apply to them. They think they’re special and because they’re “special” others aren’t. They disregard feelings, traditions, standards of behavior and, in short, they act like jerks.
A study at the by psychologist D. Keltner found that the students who were considered the “most powerful” also were considered the most considerate, outgoing, agreeable and, in short, “nice people.” His conclusion after similar studies in the corporate world was, “People give authority to people they genuinely like.”
Here’s what you can do…
Oh, one last perception from my own experience. I’ve found that the higher you go in most organizations, the nicer the people become. What’s your perception?
Posted by Joel Weldon at 5:44 AM

How timely! I’ve been having conversations with a number of people lately about the personality and integrity.
I’ve wondered, why do we allow “jerks” to be jerks? Why do we stand in awe of their obnoxiousness vs. turn away? Why give them any attention/time of day/power? Like training a dog…you don’t give bad behavior attention, you turn away, and praise only good. Wouldn’t it be lovely if society, media, etc. did the same? Maybe then it wouldn’t be a question of nice or not. It would just be nice.

Loved the message. I remember two of my employment reviews with big companies that I have worked for in the past 15 years. Both reviewers told me that I was too nice to sell real estate. Hmmm, well today it feels pretty nice to have the president of the company call me and personally thank me each time I make the top 1% of the 2000 agents in our company, and the head of education regularly uses me as his 'poster child' for achievement in a tough market. I like being a nice person working for nice people in a nice company!

Joel,
Great read! I think nice guys can make it at the top. Power can easily corrupt and being the guy to make the final call (or having the weight of an organization on your shoulders) can make a nice guy become more stressed and thus less friendly. As the business climate and our company performance improves my job has become easier and I try to spread the joy down the chain.
Best regards,
Greg

I enjoyed this latest newsletter and wanted to comment from my perspective, affirming what you said.

Lord Acton said, "Power tends to corrupt, and absolute power corrupts absolutely...." I think the last part of Lord Acton's statement is the key, as power may not necessarily corrupt (to your point as anti-Machiavellian), but absolute power may just. It reminds me of a quote by Jimi Hendrix, who said, "When the power of love overcomes the love of power, the world will know peace."

For me this philosophy, consistent with your point, began as a young President and later as CEO of a leading packaging company. I call it Conscious Leadership, which has become a "buzz word," and though when I first developed and practiced it, I didn't have a name for it, I just knew it was the right way to lead and to be. I was changing a well intrenched culture with my new (then) ideas, and it was difficult, but I kept on because I felt it was right. I faced old paradigms and created new ones. It was during the early part of that time that I first ran across Joel at a DFISA conference, and I was taken with your energy and message (and the shirt with perfect buttons but ripped to shreds). :)

I am glad you are still sharing your message rather than taking the easy road and "retiring."

Wishing you both the very best,
Karl R. Zimmer III